Concentrating Solar Power (CSP) technologies, also known as Concentrating Solar Thermal (CST) technologies, use optical concentrators, usually composed by reflectors, to focus beam solar radiation onto a thermal receiver. At the receiver the concentrated solar radiation is absorbed, being used to heat a fluid – usually called heat transfer fluid, HTF. The heat contained in this fluid can be stored in a thermal energy storage (TES) for later use or used to drive a thermal process, for example, a thermodynamic cycle for electricity production. When necessary, CST plants can have back-up systems able to totally or partially cover energy demand during low radiation periods. 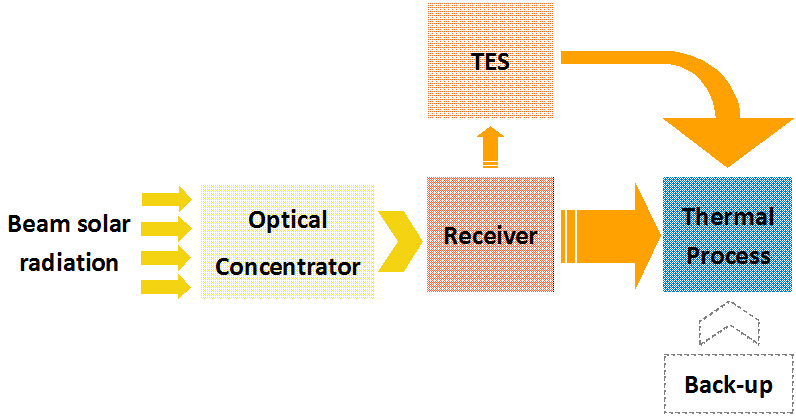 The main areas of application for CST plants are: